Silkies, they have been called fluff-balls, aliens from another world, teddy bears and many other things in between.

Without a doubt they certainly are unusual looking chickens!

Aside from their unusual looks they are among the friendliest breed, great mothers, and voted times over the best chickens for kids.

Today we will discuss why we here at The Kuntry Klucker Farm love our Silkies and a bit about their history.

First the history. How did they get here and where did they come from?

The Slikies are an ancient breed probably of Chinese or Japanese origin. It is believed by poultry experts that the Silkies date as far back as the Chinese Han Dynasty a time around 206BCE.

The Silkie was first mentioned by Marco Polo in his journals on his trip across China, Europe, and the Far Middle East (around 1290-1300). He recorded it in his journal referencing a “furry chicken”.

After Marco Polo’s mention about a “furry chicken” there was not much said about the Silkie till about 1598. Ulisse Aldrovandi a writer and naturalist at the University of Bologna, Italy, published a work on a “wool-bearing chicken”. He described it as “clothed with hair like that of a black cat”.

After Silkies made it to the Western world the breed was recognized officially in North America with acceptance into the Standard of Perfection in 1874.

In the 21st century, Silkies are one of the most popular and ubiquitous ornamental breeds of chicken. They are often kept as ornamental fowl or pet chickens by backyard keepers, and are commonly used to incubate and raise the offspring of other chickens and waterfowl. Silkies are valued for their broodiness. It has been said that a Silkie could hatch rock, I will explain this more detail a little later.

For now lets get to it, 5 reasons why we love our resident Silkies here at The Kuntry Klucker Farm.

1. Silkies are the friendlies of all chicken breeds.

Silkies are most definiely a kids chicken. Due to their very docile and easy going temperament, Silkies are a favorite amongst chicken keepers with kids. Silkies tolerate handling very well and will even jump on an owners lap for cuddles and to be petted. Even the roosters are well behaved and even tempered. I have two roosters in my flock of silkies, they take excellent care of the girls and get along with each other quite well. If you are looking to involve children in keeping backyard chickens Silkies are a great breed to have. Be warned though, they are not the most productive egg layers. They will lay about 120 eggs per year. But don’t let that turn you off from having a small flock of Silkies, they make up for the reduced egg count in many other ways. Which brings me to my next point.

It is often said among chicken entuists that a broody Silkie could hatch rock, and it’s true. Silkies are known for their broodiness, when in the broody mindset they will sit on just about anything. Broody Silkies have been known to gather just about anything that resembles an egg and attempt to incubate it. Items such as rocks, lightbulbs, golf balls, even abandoned baby animals such as a bunny or kitten have been found under a broody hen. Chicken keepers like myself actually keep them in my flock for this exact reason.

I am not one who likes to fool with incubators, I tried it once, its just too much work for me. I would rather leave the incubating to a mother equipped for such a job. When I need to increase the number of a particular breed in my flock, I gather 4-6 eggs and put them under a broody Silkie. Fortunately, I am usually able to find a broody Silkie or in some cases just give them eggs, a quiet place, and they will sit on them for me. In return I get a hands off and trouble free incubator and brooder that raise the chicks for me. It really is that easy!

Currently I have a broody Silkie Hen Donna, raising a clutch of 7 Silkie chicks for me. We needed some more Silkies so instead of ordering from a hatchery and managing a brooder, I just took a few eggs and put them under her. She successfully hatched and is raising 7 precious chicks for me. Below is a video of Miss Donna and her adorable brood.

Although not prolific eggs producers, Silkies contribute to a small chicken farm in other ways. I love my Silkies, they have such a sweet temperament which brings me to my next point.

3. Silkie Chickens are Masters of Calm and Zen 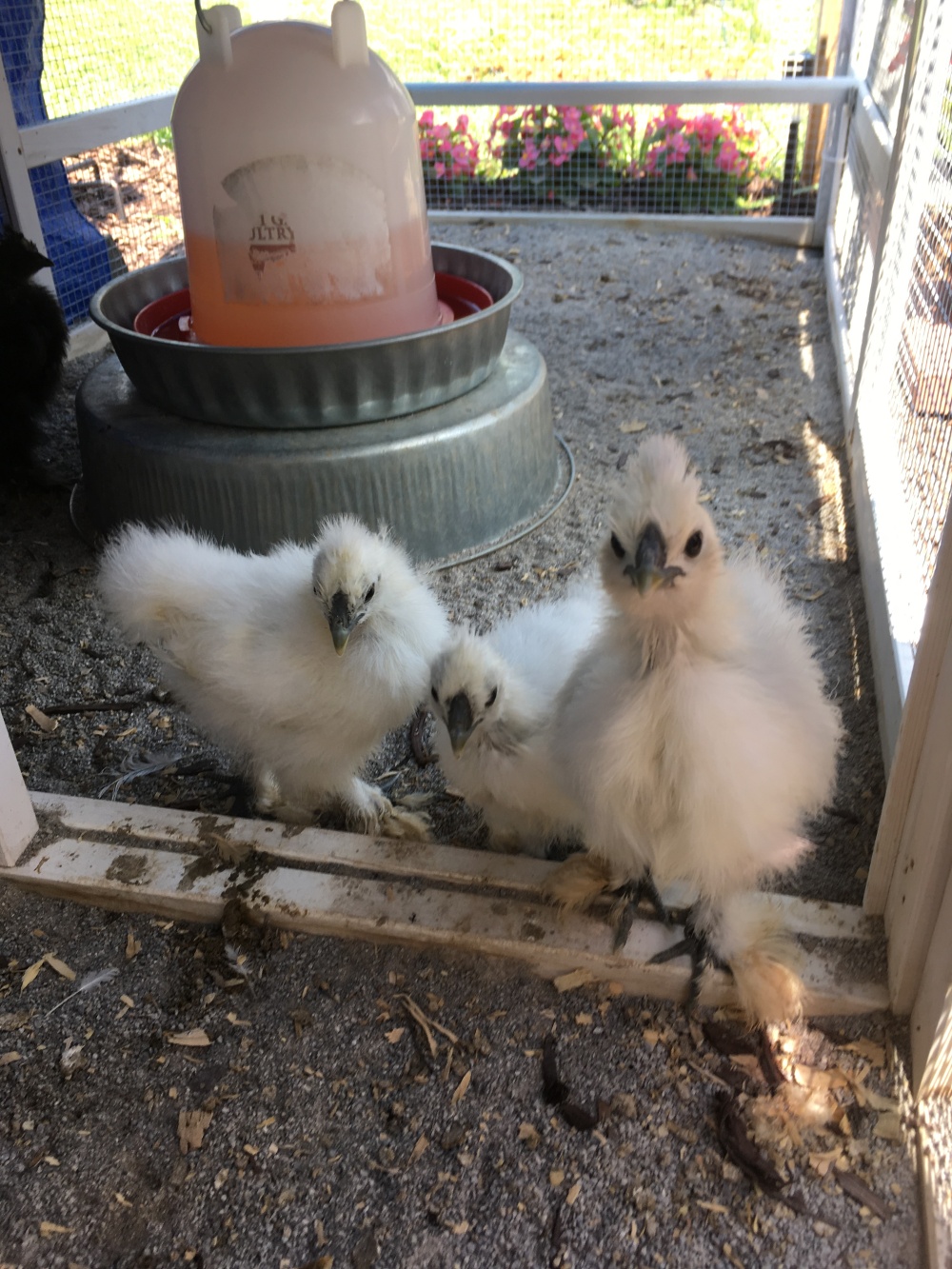 Silkie chickens are famous for their docile, sweet and nurturing temperament. Unlike most chickens that get excited as soon as the coop is opened, Silkie remains calm and collected. They enjoy getting up close and personal with their human caretakers. They enjoy being cuddled and groomed, making them excellent pets for kids. Their docile natures make them suitable for smaller backyards or small farms. When free ranging in a backyard setting or open space, they stick close to home not roaming too far. Silkies are your calm in an otherwise hectic world.

4. Fabulous from their Feathers down to their 5 Toes. 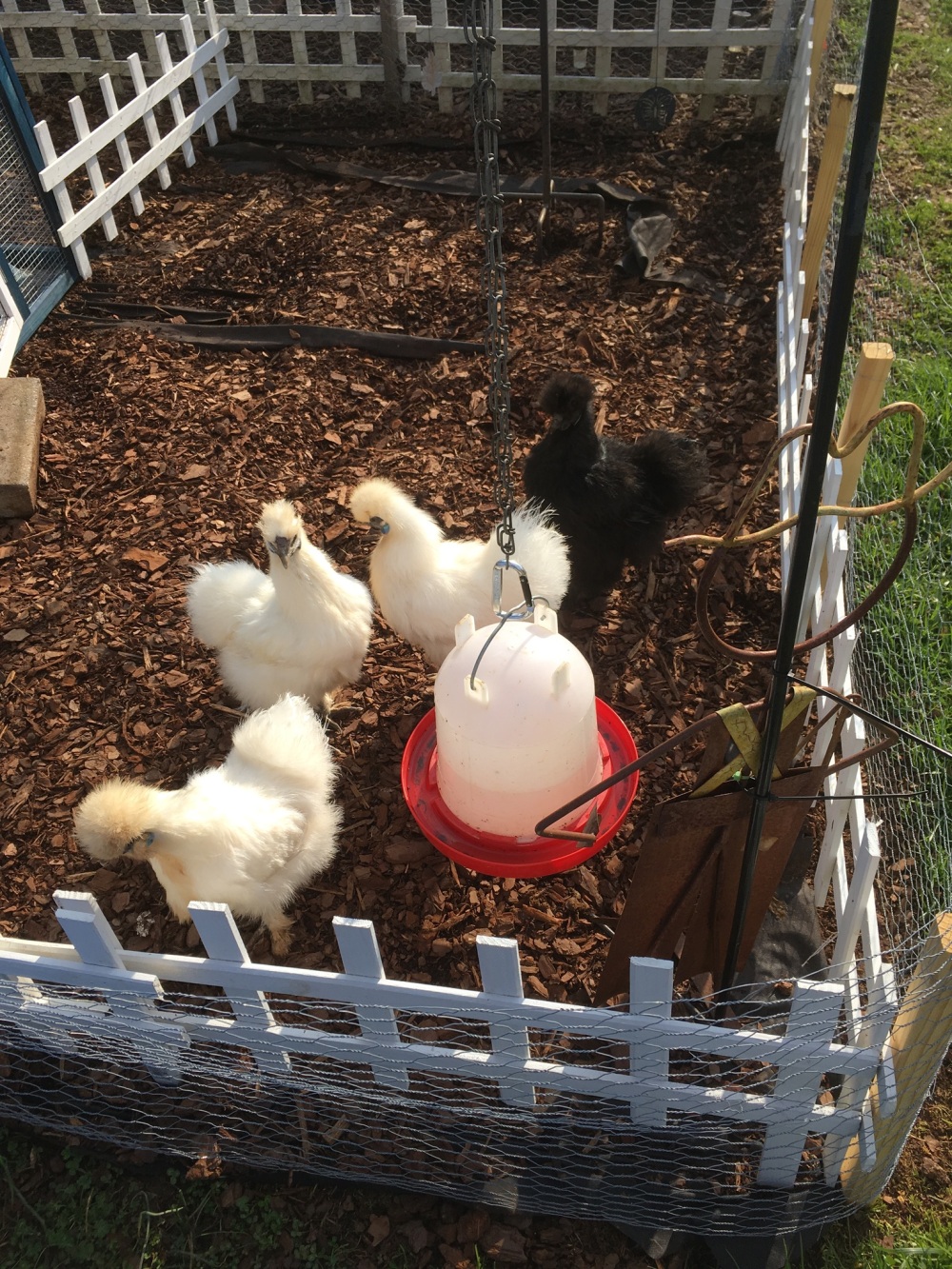 Silkies are simply a cut above the rest in the looks department with those frizzy, fluffy, puffy feathers that make them look like a cuddly teddy bear only with feathers. Their feathers lack barbicels (those are the hooks that hold the feathers together), hence the fluffy appearance.

The main feathering looks just like the under-down of regular chickens. The fact that the feathers do not hold together means a Silkie cannot fly. It also means that the feathering is not waterproofed and so a wet Silkie is a pathetic sight to see. For this reason, an owner keeping Silkies needs to make sure that they have a clean and dry coop to call home. During the cooler and rainy months extra attention needs to be given to make sure they stay clean and dry. If they do get significantly wet, they need to be towel dried or even blow dried – which they enjoy if it is done on a regular basis.

One feature that I really love is the fact that their ear lobes are blue. Most chickens have red, white, or black ear lobes so the blue of a Silkie just looks stunning. In fact the blue lobes are an indication that the birds comes from pure breed stock. Silkies that are mixed with other breeds often loose the signature blue lobes.

Another fun feature are the feet. Silkies have 5 toes as opposed to the typical 4 of other breeds. I am not sure what the function of the 5th toe is for, nonetheless it adds to their all over adorable appearance.

5. The Teddy Bears of the Barn yard

With their fluffy appearance and rounded body silhouette, Silkies look just like teddy bears with two legs and 5 toes. These cute and quirky girls love nothing more than being tucked under your arm for a little bit of TLC, just like child tucks a teddy bear under their arm. They are so calm and comfortable with humans, many people think of them as little cats or dogs. At the end of the day Silkies are the backyard pet that is sweet, kind and loveable. Silkie chickens are the literal definition of all things cute and cuddly.

Best of all, due to their docile temperament they make great backyard pets for kids. My boys wanted some chickens of their own that they could take care of. After constructing a coop for their chooks, I ordered a small clutch of Silkies for my boys. They were immediately enamored with the cute fluff balls due to their unusual teddy bear like appearance. My boys very quickly fall in love with their small backyard flock of silkie chickens.

Although Silkies are not known for setting egg laying records, they lay enough to keep my boys happy. They love to collect the eggs and spend time with their backyard fluff balls. Even the two Silkie roosters that we have a well behaved and gentile. My boys can pick them up just as easily as the hens in the flock. Silkie’s are without doubt the best breed for kids. 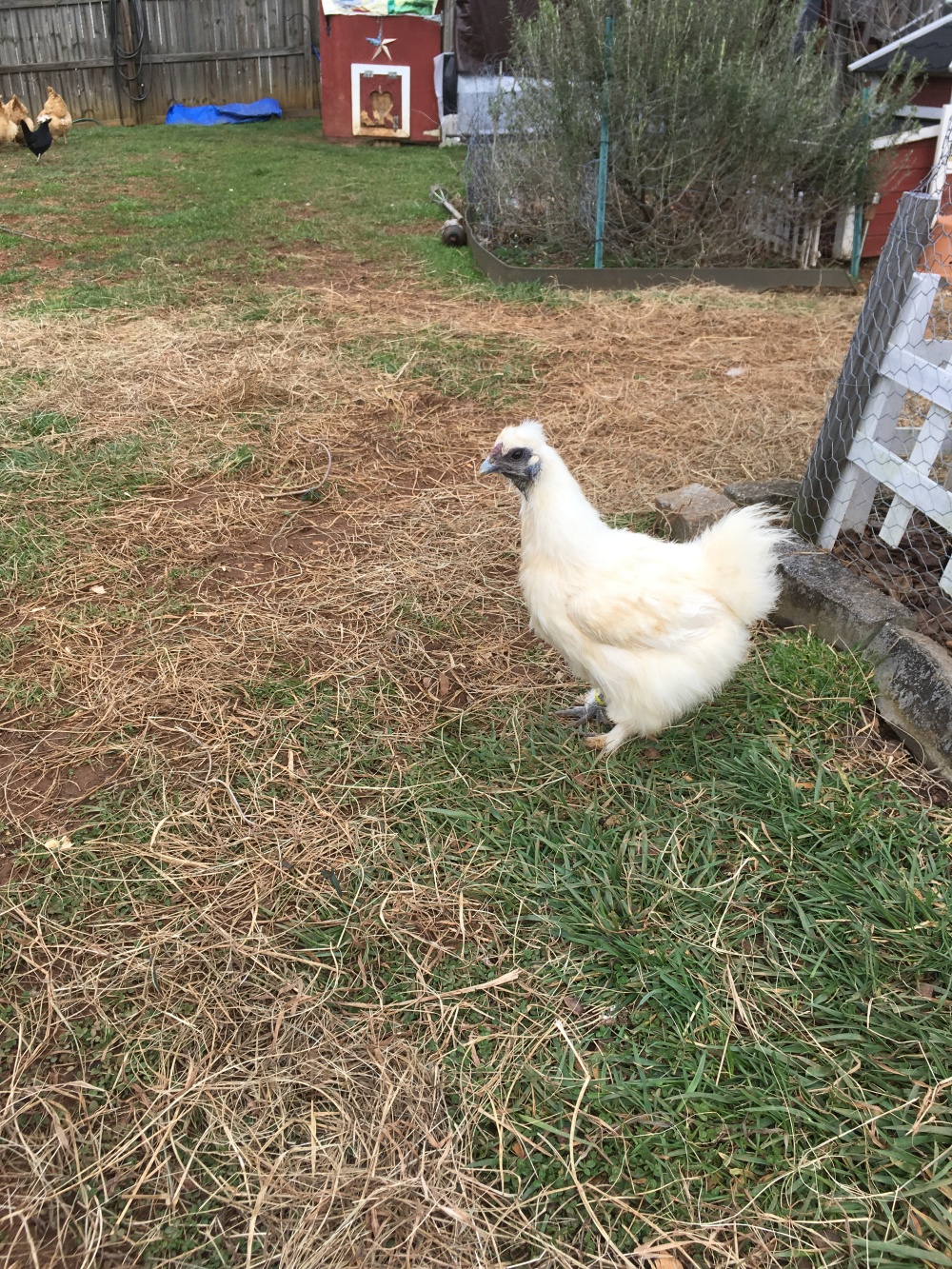 With their fluffy appearance, 5 toes, and great temperament Siklies make a great addition to any backyard setting. Due to these attributes it is best that they have a coop of their own separate from larger more aggressive breeds. Their unique feathering also means that they do not tolerate being wet. If you live in a climate prone to long wet seasons make sure that they have a clean and dry place to call home.

If you want a little something different and well tempered for your backyard flock, Silkies are a great breed to try.

I hope that you found this post helpful. If you have any questions feel free to leave a comment. I will get back to you as soon as I can.

As always, thanks for reading! Till next time, keep on crowing.

~ The Kuntry Klucker and Crew ~