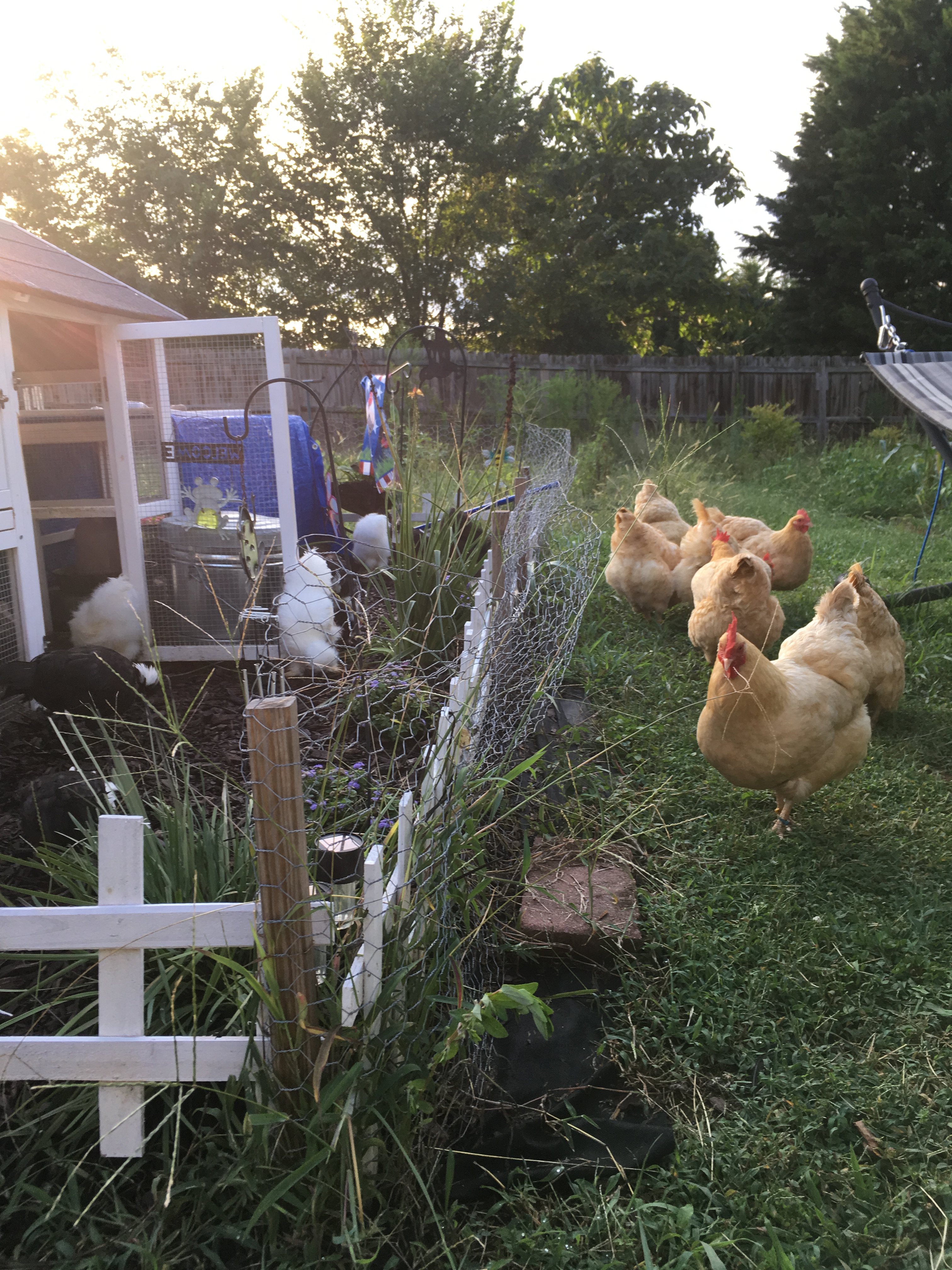 As typical for most social engagements, hors d’oeuvres or appetizers always make things run a bit smoother, the girls are no different. So to help make the situation as relaxing as possible, I spread some scratch or chicken candy out for both flocks. I let the Bantam Boutique crew out of their pen and allowed them to forage for the scratch in their outdoor enclosure as the Kuntry Klucker girls also foraged for their portions of chicken crack on the other side of their fence. 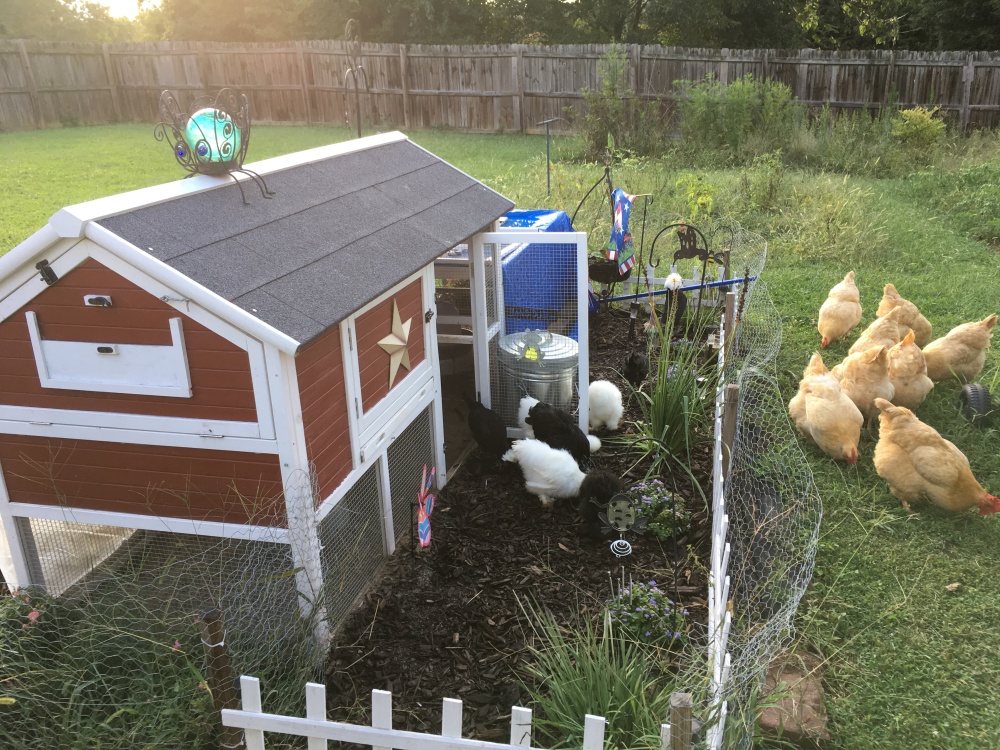 The meeting went very smoothly, the big girls completely ignored the Bantam Boutique Crew. Althoug this sounds rude, its actually a good thing in the chicken world, this is what you want to happen. What it means is that the Kuntry Klucker girls have become comfortable with the Bantam Botique Crew being in their living space. At some point I would like to let both flocks out in the backyard and have peace and harmony among all the flock members.

Once I saw this in the Kuntry Klucker Crew’s behavior I knew that the time was right for a formal backyard meet and greed session. I will allow the two flocks to be near each other like this for the next few weeks. At some point I am hoping to allow both flocks to free range in the backyard, but I cannot do this till I know that the big girls no long see the Bantam Boutique Crew as intruders.

It takes time, but slowly with constant protected interaction we will get to the point where both the Bantam Boutique and Kuntry Klucker Crew will happily coexist. Till then due to the size difference between the two flocks I have to proceed slowly till the time is right to allow the Bantam Boutique Crew into the yard with the big girls.

All in all, I am very pleased how well this meet and greet session went. I was expecting the big girls to try to breach the barrier to get to the Bantam Boutique Crew on the other side. No only did this no happen, the Kuntry Klucker girls could care less about the presence of the Bantam Boutique Crew. I am confident that in a few short months I will have my backyard teaming with the two flocks happily coexisting. A peaceful flock is what every backyard chicken keeper wants.

Next time I will be back with a very interesting post. As many of you know a solar eclipse is expected to transit the United States on August 21st. I am thrilled to say that our property is directly in the shadow of totality. I plan to observe the girls behavior as the solar eclipse passes over the Kuntry Klucker Farm. I am sure that they will be very confused as it starts to get dark in the middle of the afternoon. I plan to catch their behavior in pictures and on time lapse video as they go to roost under the shadow of the solar eclipse. Check back soon after the solar eclipse and I will have a post dedicated to the girls reaction to the sky darkening at mid day. I am sure that they will be a hoot.

Till next time, take care, look to the skies and enjoy the passing butterflies.